Foilco were recently visited by the Lord-Lieutenant of Greater Manchester, Warren J Smith, for a day of staff celebrations and the presentation of the prestigious Queen’s Award.

Greeted by the company’s Managing Director, Paul Hornby, the Lord-Lieutenant was given the full factory tour of Foilco’s production facility. Introduced to every member of the Foilco team, dressed in the incredibly impressive regalia adorned military attire (during one of the hottest days of the year) the Lord-Lieutenant still had time to talk to everyone. 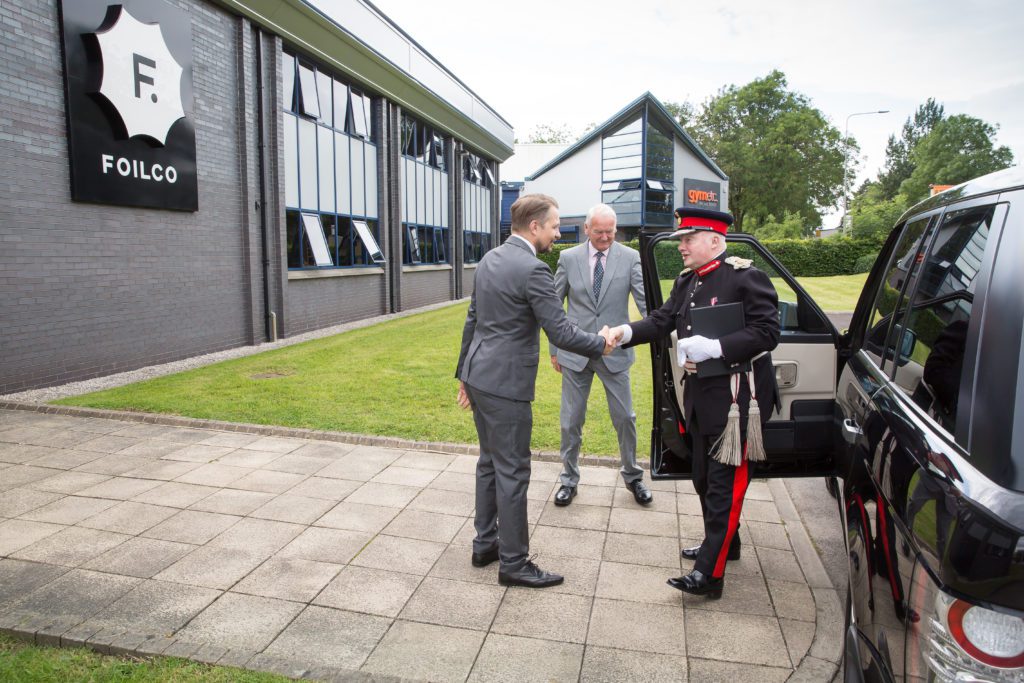 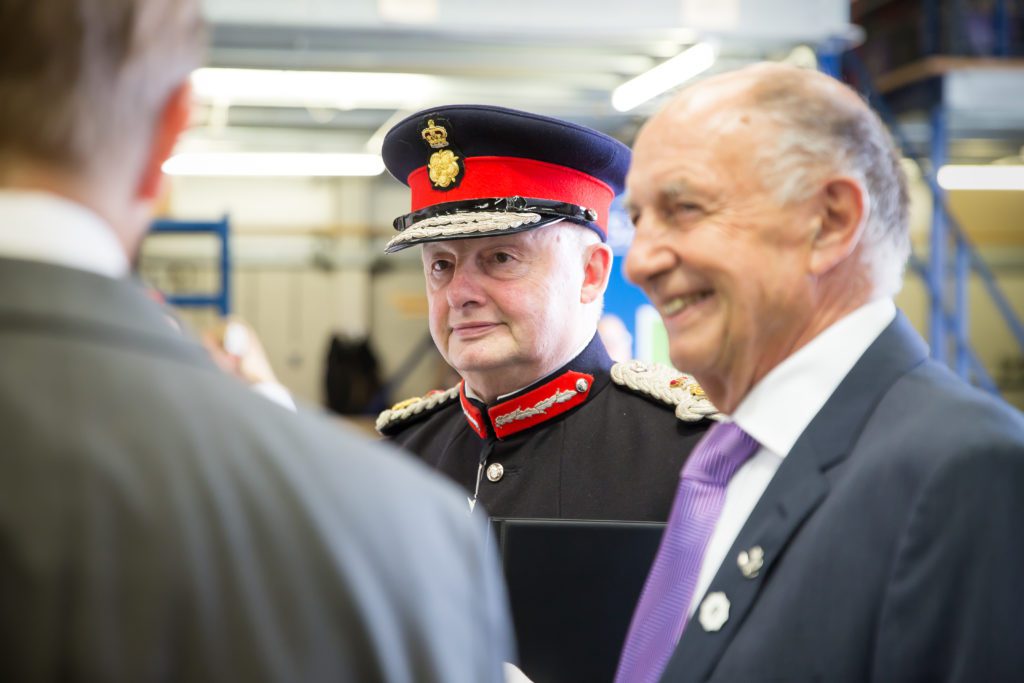 The formal handing over of the Queen’s Award presentation took place at the epicentre of the company’s hub, where Mr Smith addressed all members of the Foilco family and explained the significance of such an accolade. Paul Hornby also addresses the floor, explaining that the only reason the company has been awarded such recognition, is due to the continued hard work of each and every member of the team. 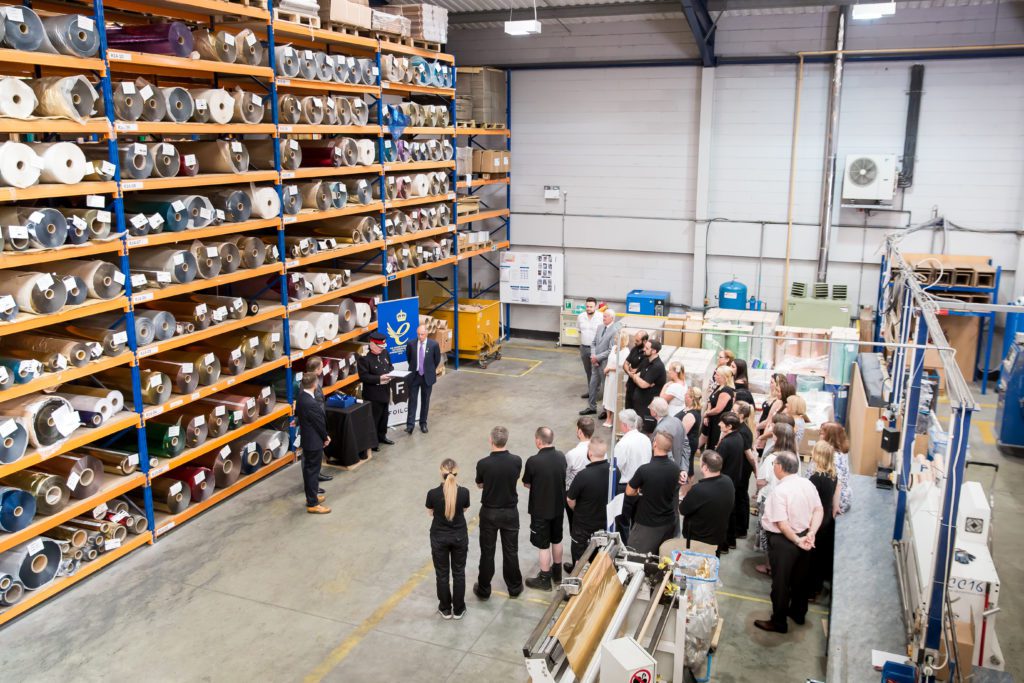 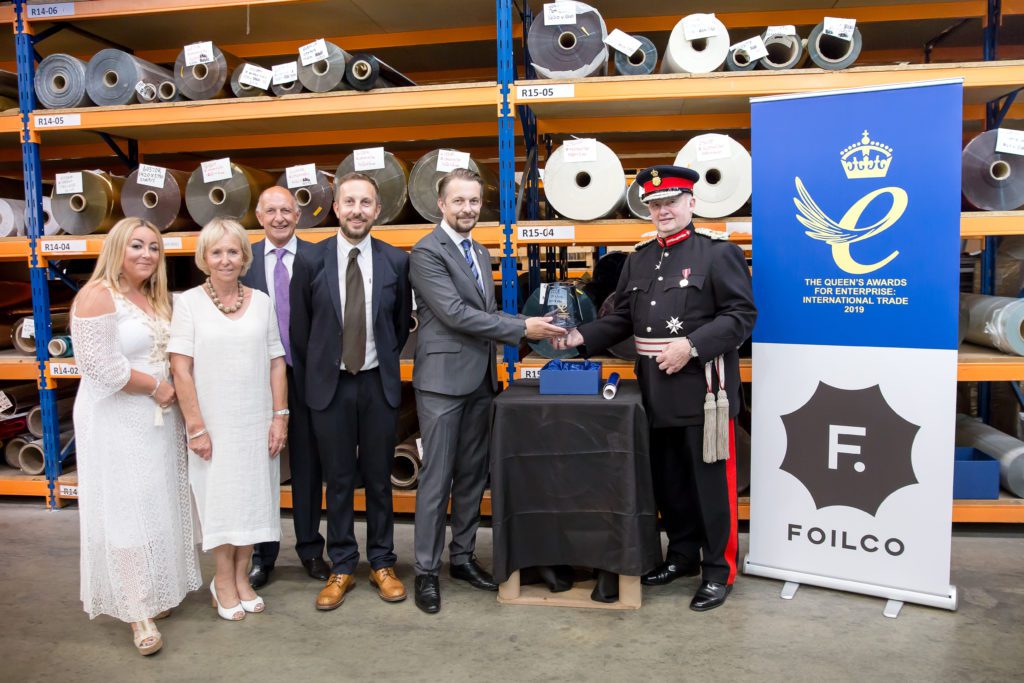 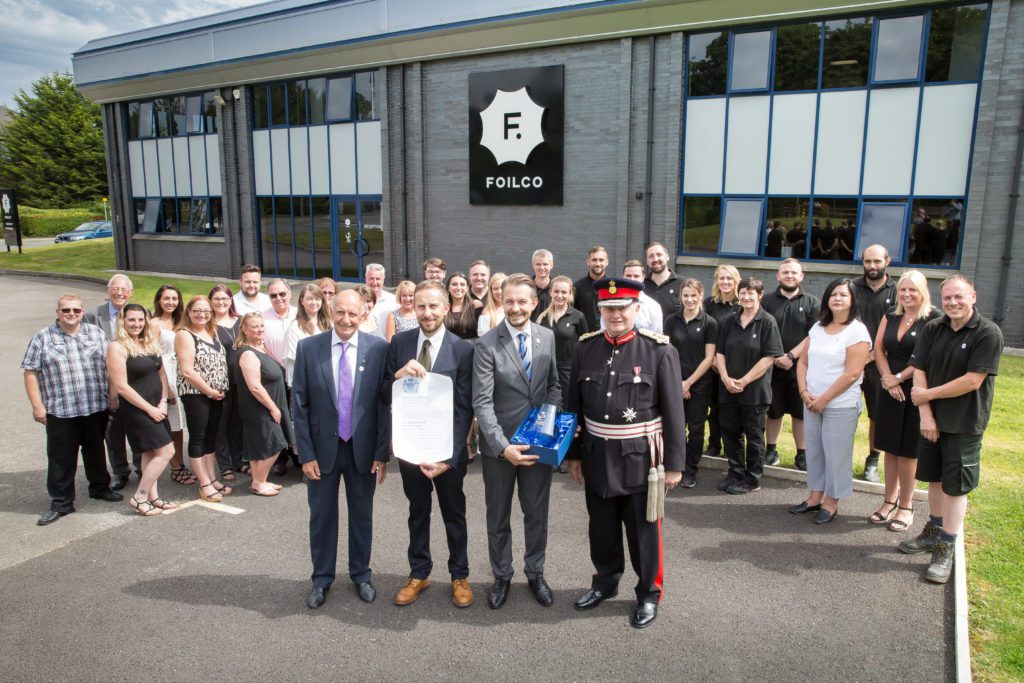 Post-presentation Mr Smith was led into Foilco’s testing facilities, to try his hand at some foil blocking, where the Foilco team had prepared a surprise with one of the machines hiding a bespoke hot stamping die designed especially for the Greater Manchester royal representative.

An accomplished blocker he would make, should he ever reconsider his position. 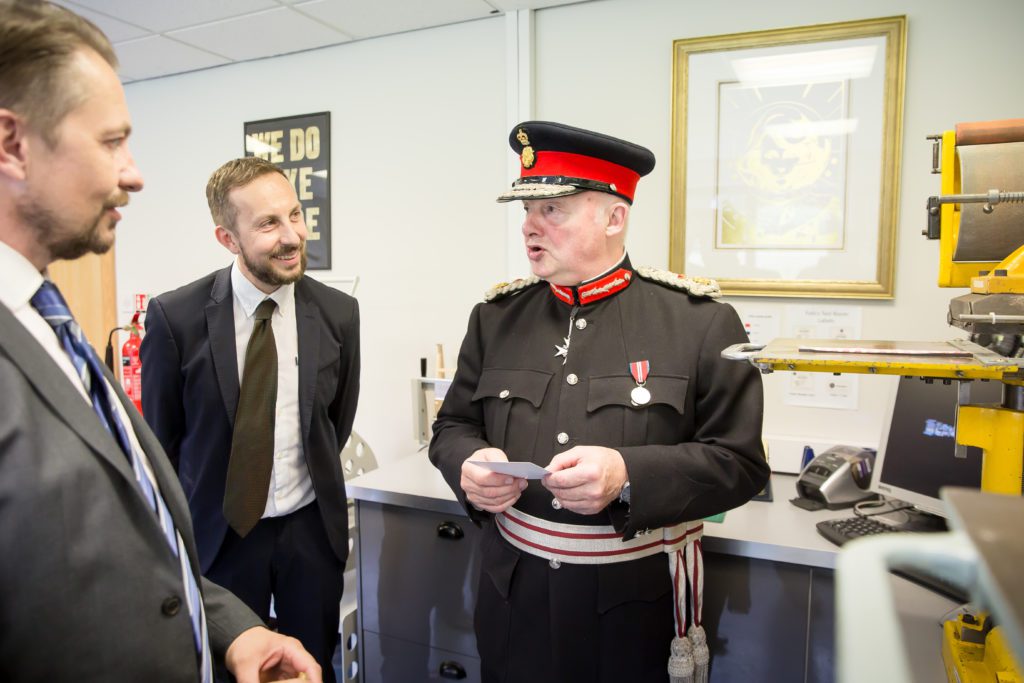 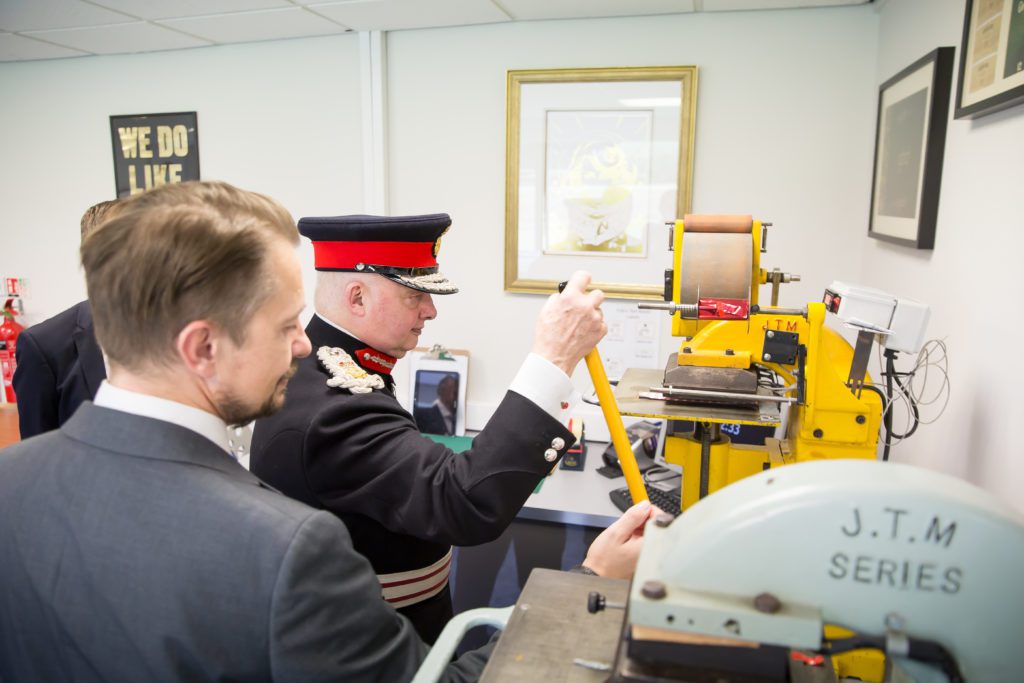 Late afternoon the tour drew to a close and the Lord-Lieutenant said his goodbyes.

Not long after his departure, the staff celebrations were about to begin. Arranged by Paul Hornby and Foilco’s Marketing team, an early working day finish was commissioned which meant that staff were able to be joined by family and friends, who were invited to join in with the festivities arranged on the company’s site. 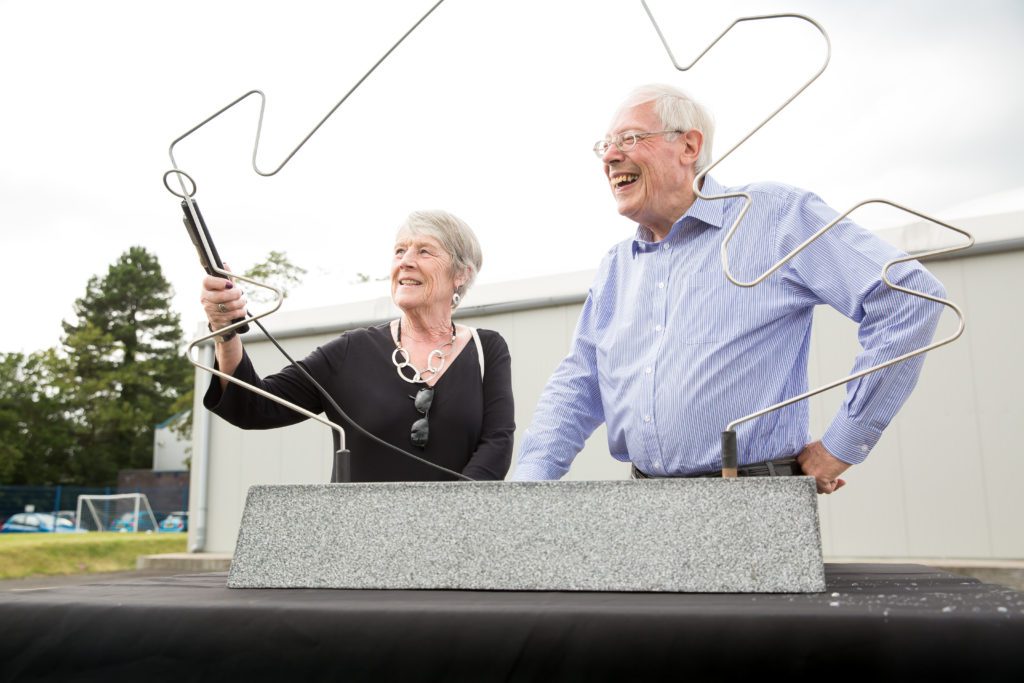 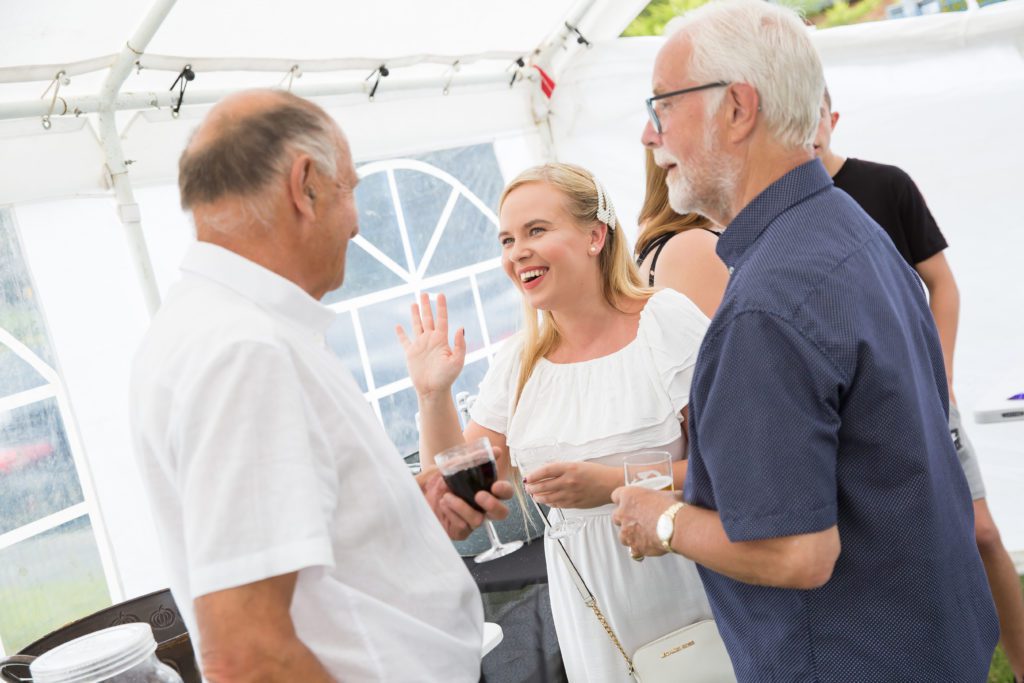 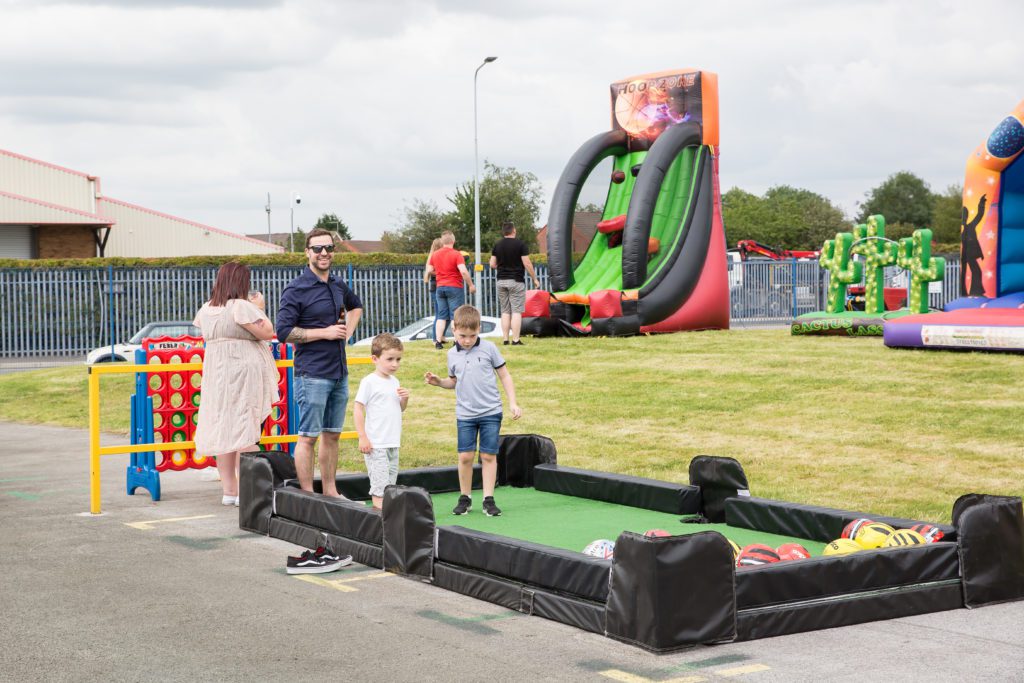 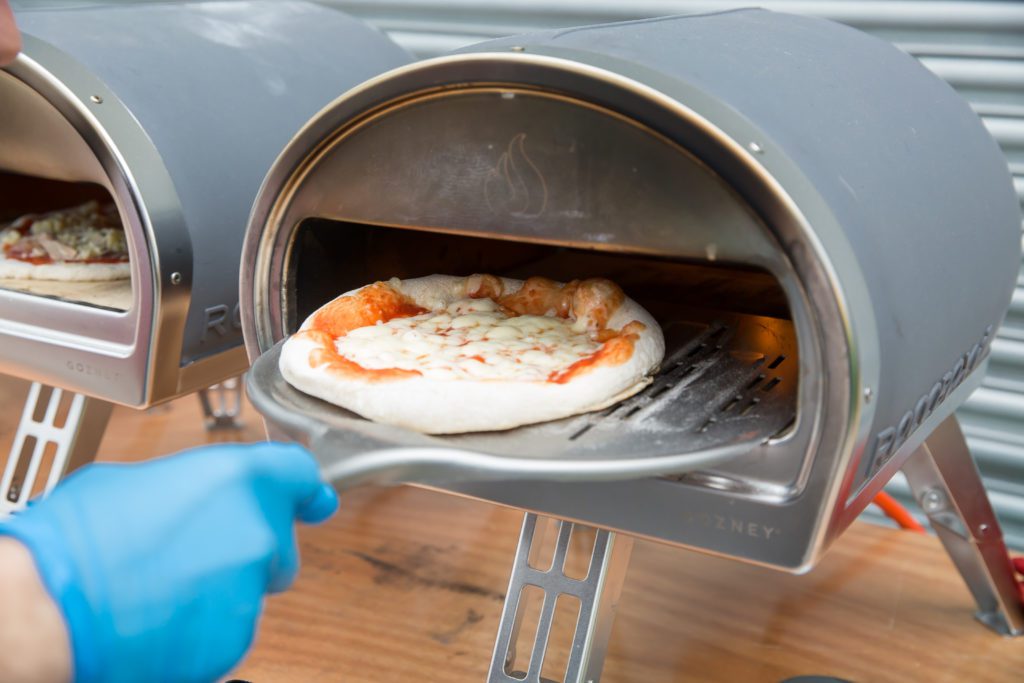 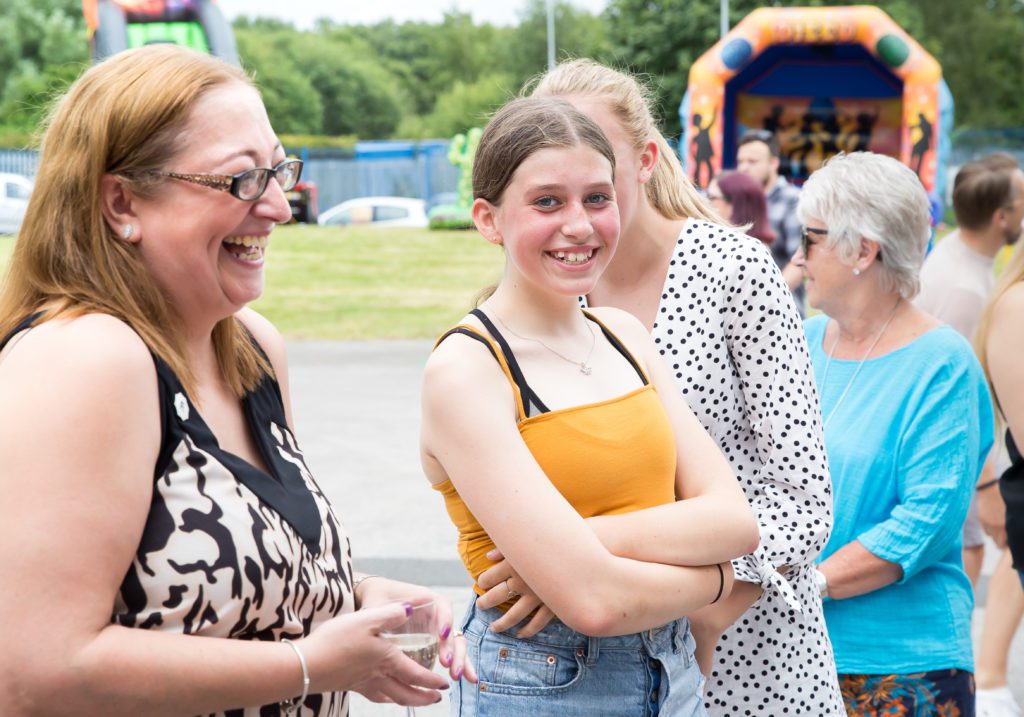 Homemade pizzas supplied by the Fratelli Pizza Co., an array of inflatables for the children and a whole host of refreshments and beverages made for a very long and joyous evening where the extended Foilco family were made to feel part of this wonderful achievement.

Back to news | Back to top

Find the perfect
foil for your project

Choose the substrate/materials you hope to work with and we'll show you the correct foils from the largest range of grades & shades on the market.

Tell us the type of substrate/material that you are working with:

I am looking for foils that work alongside the following: